From the forging of sabers and sickles to highly-specific glass fiber manufacturing systems. 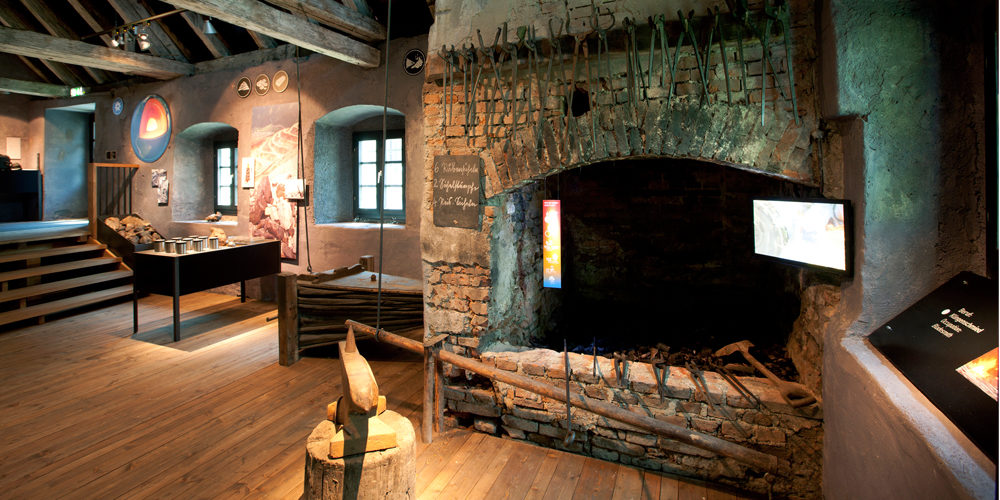 The roots of the KNILL Gruppe go back to the year 1712, when Mosdorfer was mentioned as blade forge in Weiz for the first time. At that time the majority of the yearly production of sabres, blades and sickles was already exported worldwide. With the marriage of Friedrich Knill and the second daughter of Moritz Mosdorfer in the year 1929 the era of the Knill family began. As managing director of the Mosdorfer GmbH Friedrich Knill led the company to an important milestone in the history, the first order of fittings for the 220 kV overhead line in Kaprun-Ernsthofen in the year 1949.

In 1974 his son Gunther Knill took over the management of the Mosdorfer GmbH. He brought the individual company to an internationally renowned group of companies. In 2002 he handed over the responsibility to his sons Christian and Georg Knill. Their aim is to further strategically develop the group by continually striving for market leadership and growth in emerging markets, thereby securing the existing.

THE COMPANY MUSEUM MIGHT ALSO BE OF INTEREST FOR YOU:
www.dieklingenschmiede.at

The blacksmith Josef Mosdorfer moved from Bayern to Weiz and married the widow Anna Lehr. Since then the forge is known under the name Mosdorfer. At that time blades and sabres were forged.

Mosdorfer received the concession for
the production of sickles and scythes.

After 8 generations of the family Mosdorfer – the era Knill began
with the marriage of Dipl.-Ing. Friedrich Knill and Herta Mosdorfer.

The company started the production of
heels and machetes

Change in the product program

Mosdorfer received the first order of fittings for the 220 kV
overhead transmission line in Kaprun-Ernsthofen (Austria).

Led the company to a renowned group of companies.

The acquisition of the company Assmann Electric and later on the foundation of Elsta Mosdorfer extended the product program with cable distribution cabinets.

Start of the development and manufacturing of systems for the production of cable and wire with the acquisition of Rosendahl.

Distribution Systems up to 45 kV

Entering the low and voltage energy industry with the acquisition of CCL systems.

Christian and Georg Knill take over
the management of the Knill Gruppe.

Extending the product range with entering the manufacturing of glass fiber production systems by acquiring Nextrom.

Expansion in India and Thailand

Production sites for overhead line fittings and accessories
in the energy transmission and distribution.

Since then Spacers, spacer dampers and vibration dampers are part of the portfolio.

The acquisition of Ikebana expanded the low and medium voltage area with heat shrinkable cable accessories.

Entering the area of battery machines
with the acquisition of the company Battery Machines.

Expanding the area of cabinet systems with aluminum enclosures
and enclosure climate control by the acquisition of Almatec.

Entering the area of overhead transmission line monitoring
with the acquisition of the company OTLM and renamed it to Gridpulse.

Expanding in the rail sector by the acquisition of the Rail division of the PFISTERER Group.